Here it is! (sunglasses for scale).  It’s called a celestron C14 and it’s about as big as you can buy without having people come round and build it for you, unless you are going to build something which is mounted on the floor called a Dobsonian. We want ours to fly around etc so that’s no good. So it comes with the optical tube 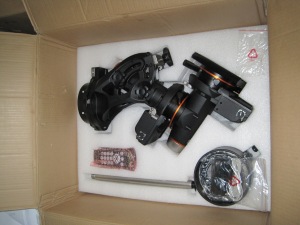 I don’t know what’s German about it.  It also comes with a completely useless tripod 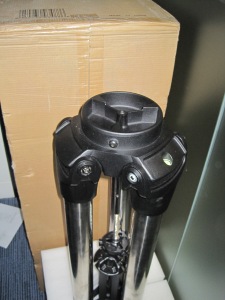 which is also quite massive.  However, if you look at the top of the tripod you will see the raised cylindrical ring bit that you need to bolt the rest of the telescope onto.  I need to get my people to fabricate something that looks like that to attach to the top of the existing column.  So not much to report, I haven’t tried to get it going yet, haven’t had time…

1 thought on “We have a telescope!”